Biden Era, Impact on US – Spain Relations | Organized by USEC

The event via webinar was moderated by Gonzalo Garcia, President of the US Spain Executives Community. USEC collaborated with this program as a guest speaker in our recent event “Cómo hacer negocios en Estados Unidos” organized with Madrid Network, one of our supporting organizations.

RCC at Harvard Executive Program was invited to join this webinar which took place last Wednesday 21th of April 2021. Alan D. Solomont is a member of this program’s Advisory Board. Former U.S. ambassador to Spain and Andorra, Solomont is a lifelong social and political activist who serves as the Pierre and Pamela Omidyar Dean of the Jonathan M. Tisch College of Civic Life at Tufts University.  Santiago Cabanas is the ambassador of Spain to the United States of America. He  was most recently Ambassador to Algeria since 2017. Prior, he held top-ranking positions at the Ministry of Foreign Affairs of Spain, including Director of the Minister’s Cabinet and Director General for Foreign Policy. 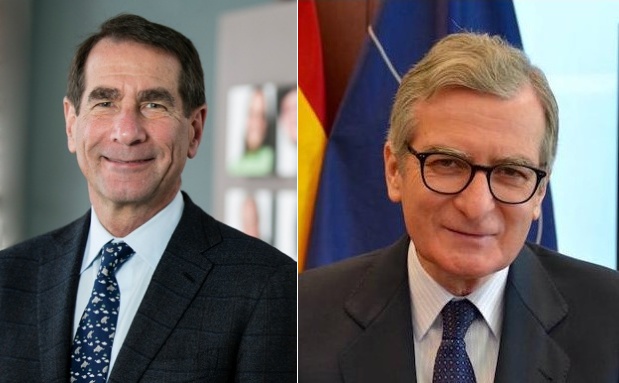 “The beginning of the Biden Era has created significant expectations for changes in the relations between the United States and its allies. In the first few months since the new president was inaugurated, we have witnessed important events that have a direct impact on the bilateral relations between Spain and the US. An example is the March 5th suspension of the tariffs between the US and the EU derived from disputes over public aid to Boeing and Airbus. We have also seen a strong push for multilateralism by the new US Administration as illustrated by its decision to rejoin the Paris Agreement on Climate Change”