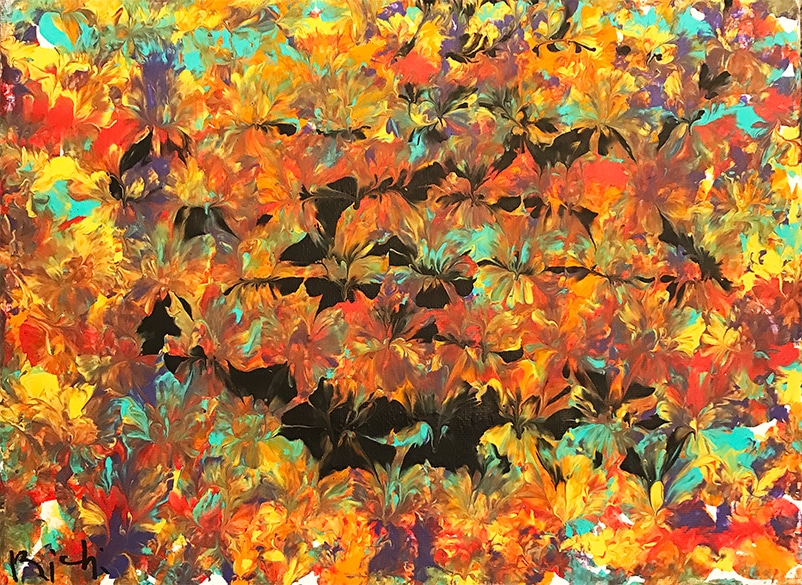 Richi Childhood Cancer Foundation was born when Ricardo García’s son, Richi, was diagnosed with high-risk medulloblastoma, one of the most aggressive childhood brain tumors in existence. He had just turned 6 years old. One year later, Richi finished his treatment after having endured 18 surgeries, radiation and chemotherapy. Richi is now considered a cancer survivor and continues his fight daily while living with a long list of side effects. In their fight against the disease, Richi’s parents discovered an unknown reality and decided that they could not just sit back and do nothing.

The Richi Foundation initiatives encourage the awareness and collaboration of young people, Startups, entrepreneurs, and anyone interested in these projects, which are built to gather and help its participants reach their goals:  The contest Richi Talent aims to identify, reward, and support promising young talent. That is being created to develop musical talent, Richi Social Entrepreneurs Program promotes social entrepreneurship in the most advanced ecosystem in the world. 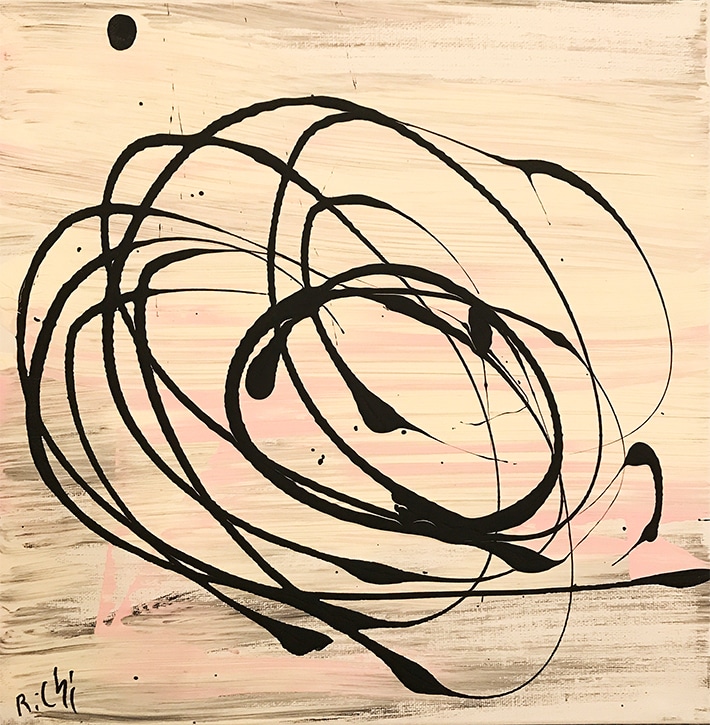 “Art helped me battle cancer. Now I sell my art to support the fight against this disease” Richi.

The nonprofit organization’s mission is to ensure that all children and adolescents who suffer from cancer have the best prognosis and quality of life, creating initiatives such as Richi House a supportive environment for patients and families to overcome social isolation Richi Research, where a team of international and multidisciplinary pediatric cancer experts work together to find a cure, or Richi Expertise, a Program centered on providing the resources that are necessary to achieve a higher level of expertise.

The Richi Foundation initiatives encourage the awareness and collaboration of young people, Startups, entrepreneurs and anyone interested in these projects, which are built to gather and help its participants reach their goals:  The contest Richi Talent aims to identify, reward and support promising young talent. Richi Social Entrepreneurs Program promotes social entrepreneurship the most advanced ecosystem in the world. 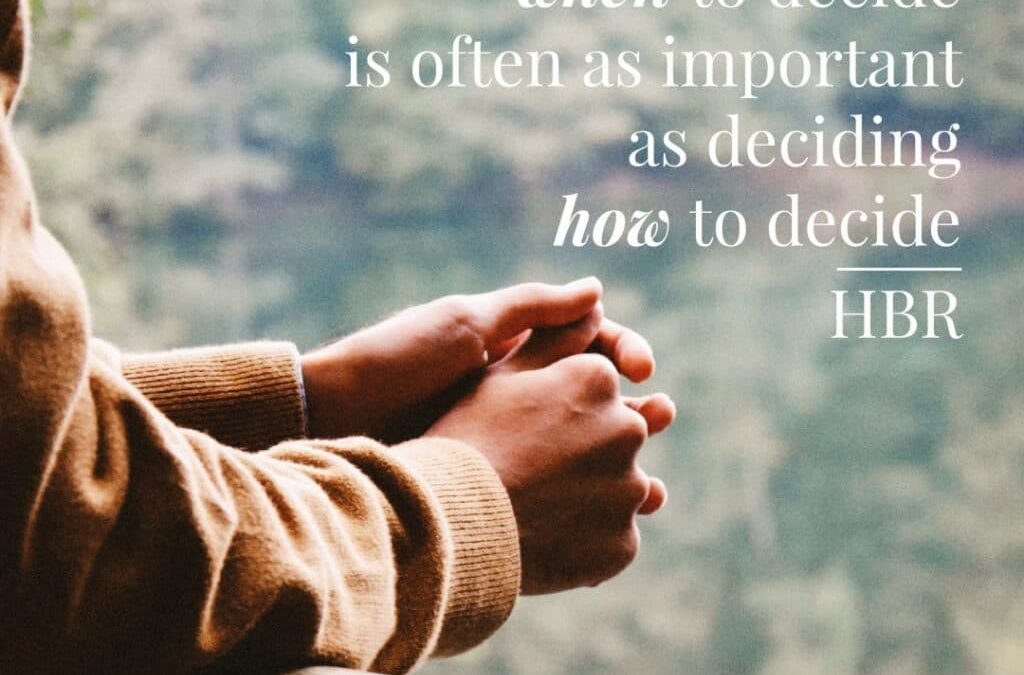 Visit our Program Dates, join us, and have a unique Harvard Experience! 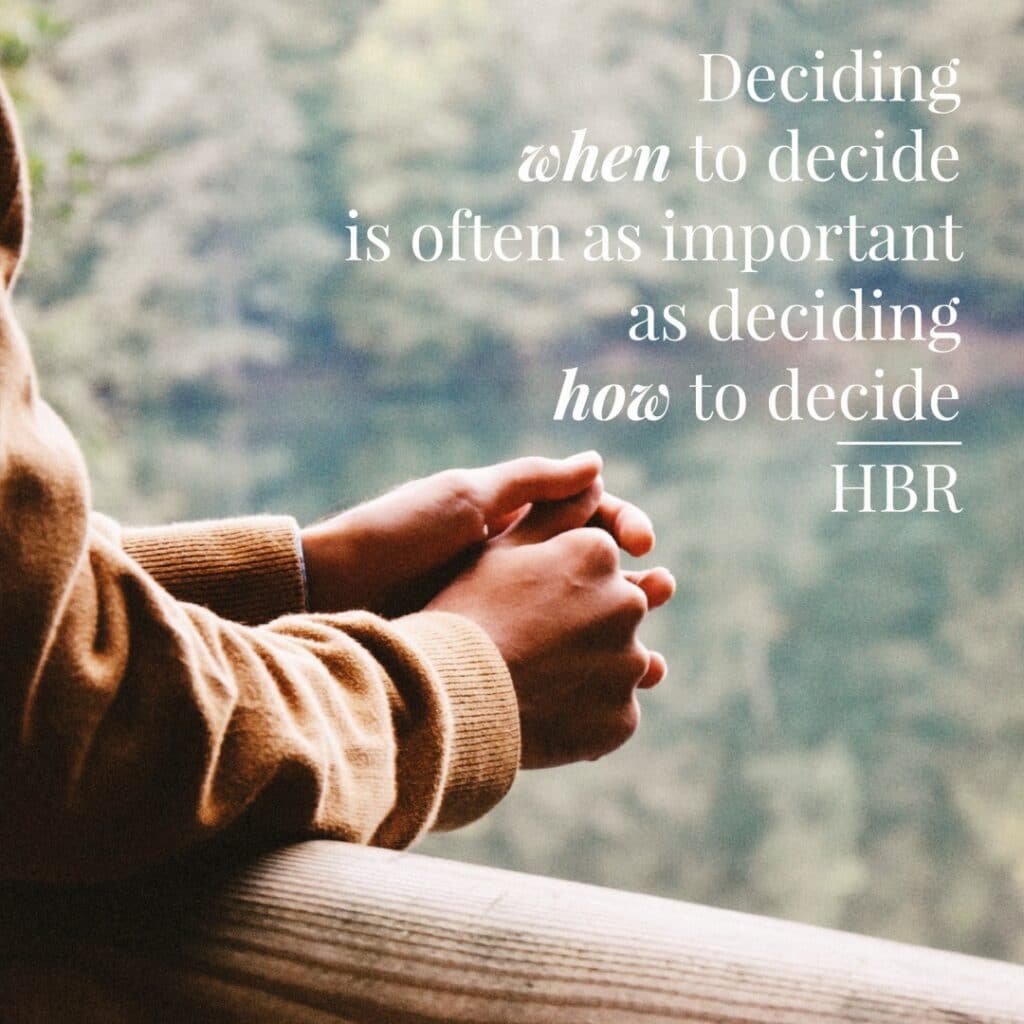 In their Harvard Business Review article “Deciding How to decide” Hugh Courtney, Dan Lovallo and Camina Clarke share a model for matching the decision-making tool to the decision at hand, through three factors:

When making important decisions, we too often believe that WYSIATI. Utilizing ‘slow thinking’ (System 2 in Kahneman’s theory) can allow us to take in all of the important information to synthesize better and more discerning strategies”

“Say you’re facing an important decision. Now imagine that you had the wrong solution, and then picture yourself a year later, and figure out, with the benefit of (prospective) hindsight, where it all went wrong. Say you’re a doctor who has operated on a patient. That patient died. Why? Figure it out before you ever make the misstep — that’s a premortem”.

You will recognize repeated mistakes that you have made and you will be aware of them when you are making decisions in the future. You can track this in a Moleskin notebook, a bunch of napkins you keep in a drawer or in a digital text document. Whatever works for you. Be diligent about it. Approach it like a project, and refer back to it often. 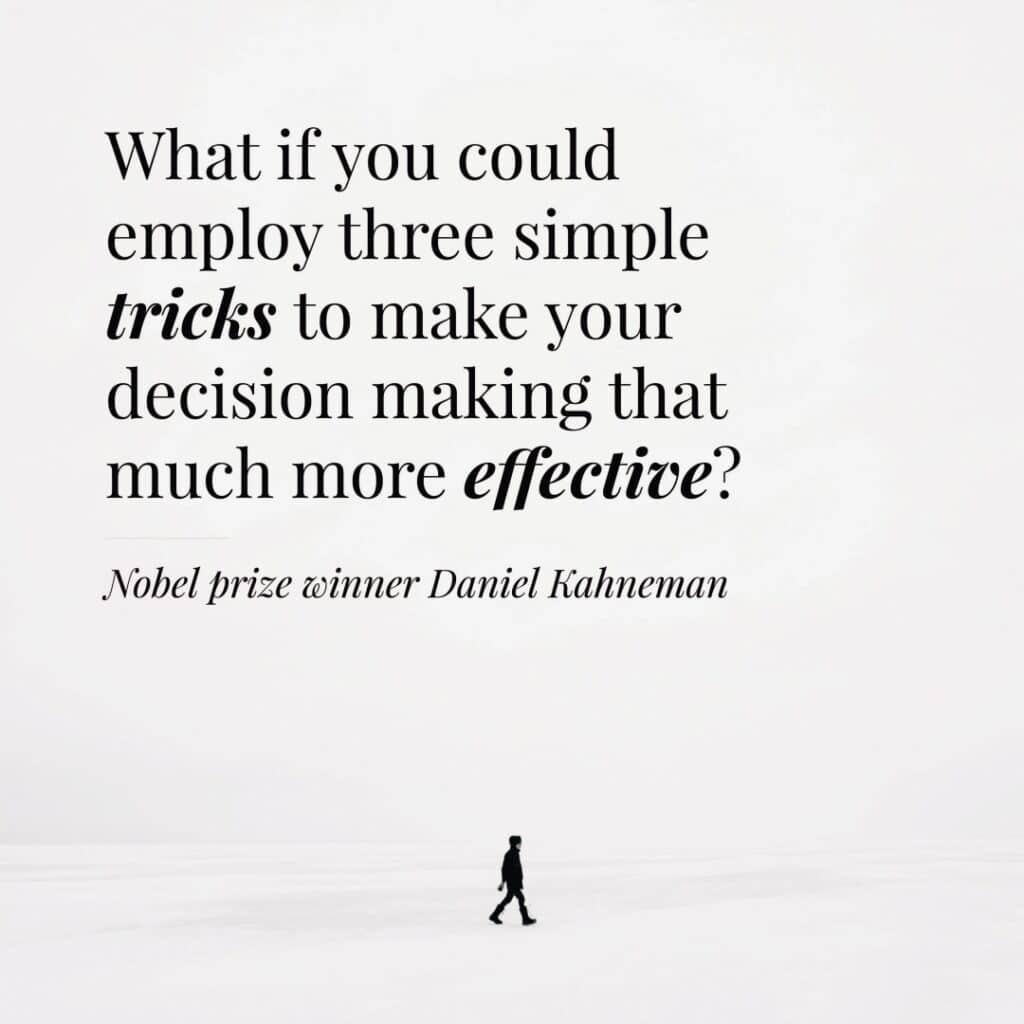